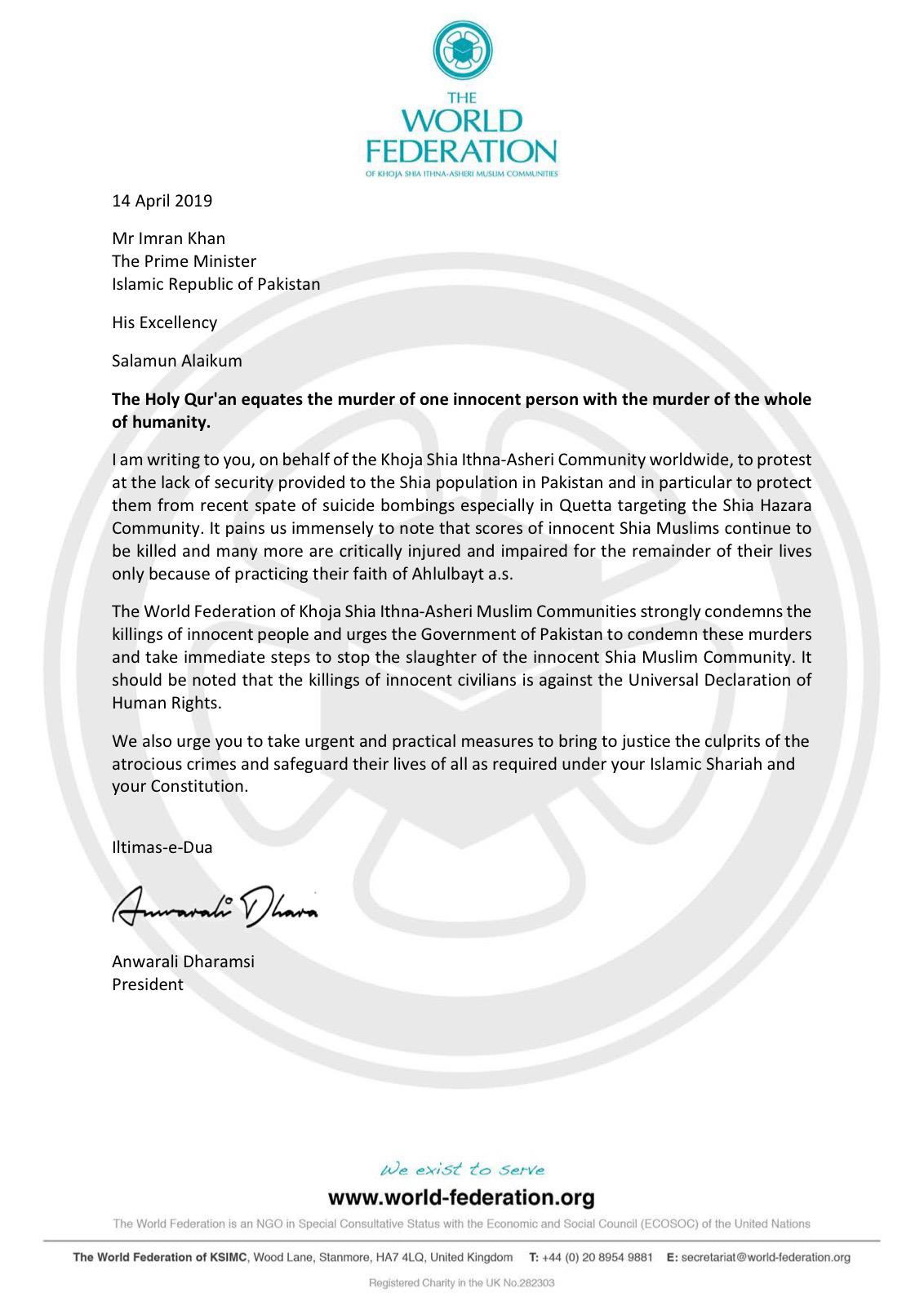 Mr Imran Khan
The Prime Minister
Islamic Republic of Pakistan
His Excellency
Salamun Alaikum
The Holy Qur’an equates the murder of one innocent person with the murder of the whole of humanity.
I am writing to you, on behalf of the Khoja Shia Ithna-Asheri Community worldwide, to protest at the lack of security provided to the Shia population in Pakistan and in particular to protect them from recent spate of suicide bombings especially in Quetta targeting the Shia Hazara Community. It pains us immensely to note that scores of innocent Shia Muslims continue to be killed and many more are critically injured and impaired for the remainder of their lives only because of practicing their faith of Ahlulbayt a.s.
The World Federation of Khoja Shia Ithna-Asheri Muslim Communities strongly condemns the killings of innocent people and urges the Government of Pakistan to condemn these murders and take immediate steps to stop the slaughter of the innocent Shia Muslim Community. It should be noted that the killings of innocent civilians is against the Universal Declaration of Human Rights.
We also urge you to take urgent and practical measures to bring to justice the culprits of the atrocious crimes and safeguard their lives of all as required under your Islamic Shariah and your Constitution.
Iltimas-e-Dua
Anwarali Dharamsi President